Join us today for the Saturday Night Special with Patrick Antonucci from Dad Hackers... 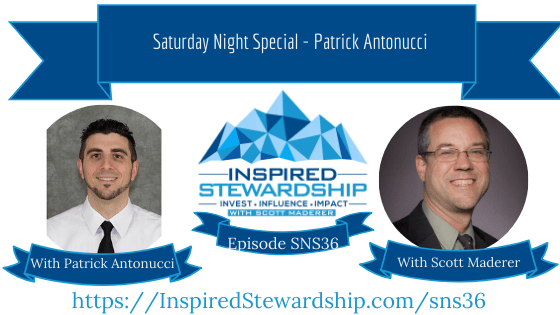 In tonight’s 36th Saturday Night Special Patrick Antonucci and I talk about  becoming a Christian as a journey.  I also talk with him about how you can become a present father in your relationships.  Then Patrick and I share with you what you need to focus on to improve yourself as a man and lot’s more.

A lot of guys struggle with leading their children to the lord but really want to.  - Patrick Antonucci

You can connect with Patrick using the resources below: