Join us today for the Saturday Night Special with Ernie Prabhakar on transforming yourself...

In this episode Ernie Prabhakar and I share his journey and why it applies to you... 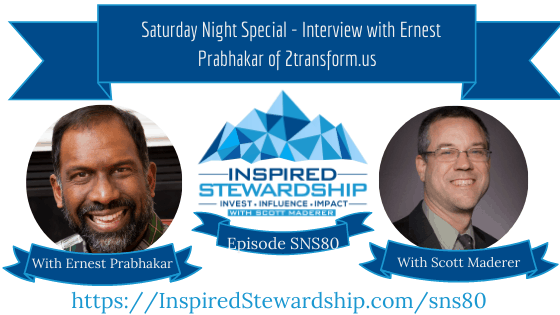 In tonight’s Saturday Night Special I interview Ernie Prabhakar about his journey from Physicist to spiritual entrepreneur and what that means.  I also ask Ernie to share how he reconciles science and religion.  Ernie also shares a great resource and mindset to help you grow your impact.

You can connect with Ernie using the resources below: