Join us today for Part 4 of the Interview with Aaron Walker founder of the Iron Sharpens Iron Mastermind...

This is Part 4 of the interview I had with speaker, mastermind founder, and serial entrepreneur Aaron Walker. 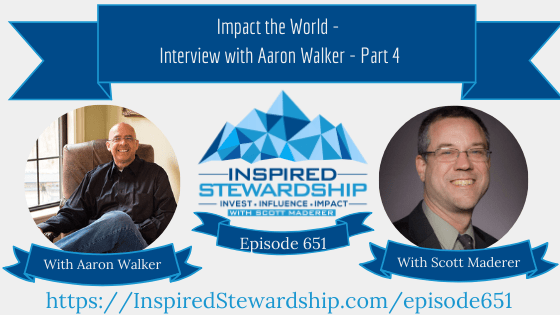 In today’s interview with Aaron Walker, Aaron and I talk with you about his definition of stewardship.  Aaron and I also share some tips for really making an impact on the world.  Aaron also tells you what he hopes his legacy will be that he will leave behind.

In today's episode, I ask Aaron about:

We don't have to wait until we retire to do something Significant.  Live a successful AND significant life. - Aaron Walker

You can connect with Aaron using the resources below: