SNS84: Saturday Night Special – Interview with Matthew Deibler author of The Devil and the Children of God at the End of the World

In this episode Matthew Deibler and I talk about his journey through mental health to finding his calling... 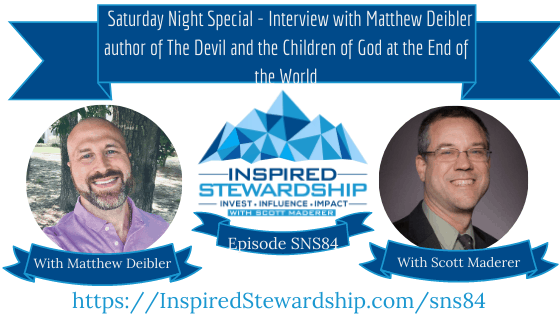 In today’s episode about investing in others through stewarding your treasures, I talk with you about why valuing money isn’t really the cause of getting more money.  Instead I talk about how values and alignment with them can generate money.  I also talk about how there is a difference between serving money and having money serve you.

I think it's just me inviting that in.  Stepping forward in God's will and saying Holy Spirit I want you to guide me.  - Matthew Deibler

You can connect with Matthew using the resources below: