Join us today for the Saturday Night Special with Doug Nordman & Carol Pittner Authors of Raising Your Money-Savvy Family For Next Generation Financial Independence... 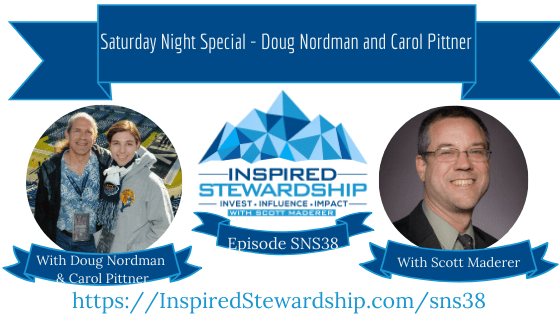 In tonight’s 38th Saturday Night Special Doug Nordman and Carol Pittner and I talk about their new book “Raising Your Money-Savvy Family for Next Generation Financial Independence”, Carol and Doug share some of their favorite money stories as a father and daughter, and we talk about how this can change YOUR family tree as well.

I would not try to sit a kid down and have a formal teaching session, teachable moments aren't meant to be mom and dad lecturing to you for an hour and a half.  - Carol Pittner

You can connect with Doug and Carol using the resources below: