Join us today for the Saturday Night Special with Jennifer Luzzatto Author of "Inheriting Chaos with Compassion"... 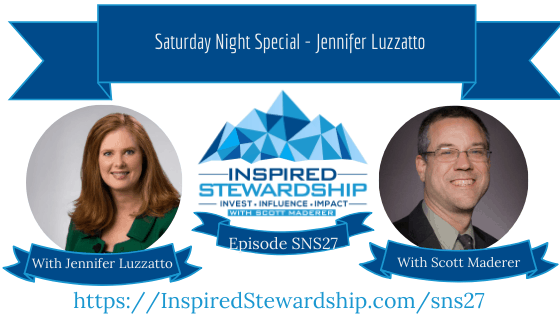 In tonight’s 27th Saturday night special Jennifer Luzzatto and I talk about the compassion you need both before and after a loved one’s passing to handle the financial stress that happens around that loss.  Jennifer shares her experience in a terrible year where she lost her husband and sister and had to deal with both.  Jennifer and I also talk about how this experience has affected her life as a financial adviser.

You can connect with Jennifer using the resources below: