Episode 722: Another Take on The Parable of the Talents

Join us today for an episode about the reason the Parable of the Talents may have different interpretations... 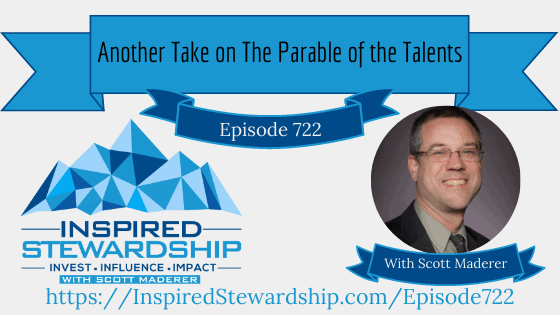 In today’s spiritual foundation episode about investing in others, I talk with you about Matthew 25: 14-28, a few ways to interpret this passage, and why digging deeper into scripture often reveals layers.

We are all the heroes of our own stories, and on of the arts of perspective is to see yourself small on the stage of another’s story, to see the vast expanse of the world that is not about you, and to see your power, to make your life, to make others, or break them, to tell stories rather that be told by them. — Rebecca Solnit