Join us today for an episode about the reason we quit and what to do about it...

Today's episode is focused on both quitting too early and too late... 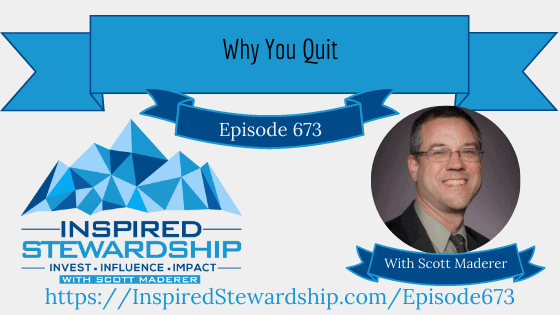 In today’s episode about impacting the world by stewarding your time, I talk with you about why we often quit too early, why we other times quit too late, and how we can recognize when to quit.

When you feel like quitting, think about why you started. - Anonymous