Episode 661: Invest in Others – Interview with Al Comeaux – Part 2

Join us today for Part 2 of the Interview with Al Comeaux, author of Change (the) Management: Why We as Leaders Must Change for the Change to Last...

This is Part 2 of the interview I had with speaker, leader, and change mangement guru Al Comeaux. 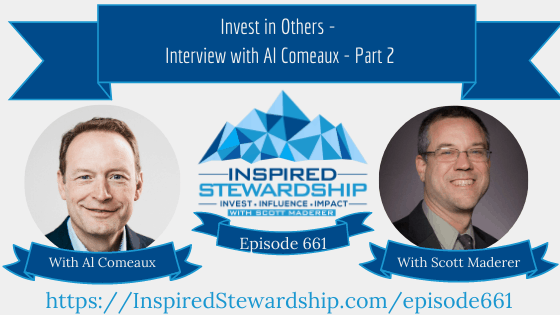 In today’s 2nd part of the four part interview with Al Comeaux, we continue our conversation about managing change.  This week I ask Al to talk about pulling versus pushing for change, listening and why that’s so important, the mindset we have to have to win at change, and lots more.