Episode 656: Invest in Yourself – Interview with Al Comeaux – Part 1

Join us today for Part 1 of the Interview with Al Comeaux, author of Change (the) Management: Why We as Leaders Must Change for the Change to Last...

This is Part 1 of the interview I had with speaker, leader, and change mangement guru Al Comeaux. 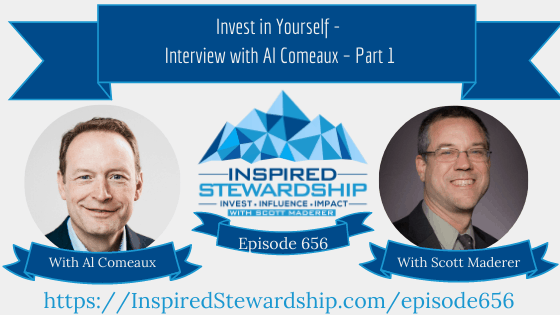 In today’s interview with Al Comeaux, we talk about change and why you need to understand how to do it no matter who you are.  This week I ask Al about the wrong way to do change, why it’s on the leader’s shoulders to get their hands dirty, why we have to focus on changing ourselves first, and lots more.

In today's episode, I ask Al  about:

There is really only one thing that we 100% certainly can change, and that is ourselves.  When we realize that deep inside an do that emotionally and rationally that this is the only thing I have complete control of. - Al Comeaux